Our elders cared for and looked after us when we were young, now it’s our turn to step up and care for them. Gather around and check in on the elderly in your community regularly to ensure they are healthy, and happy. 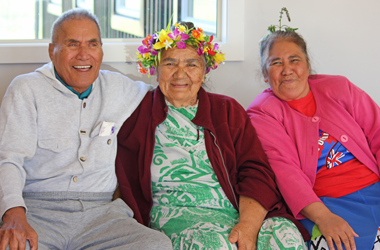 World Elder Abuse Awareness Week runs from 15th – 22nd June. Elder abuse is defined as “a single, or repeated act, or lack of appropriate action, occurring within any relationship where there is an expectation of trust, which causes harm or distress to an older person”.

Elder abuse is a growing concern. Here in New Zealand the number of people aged 65 and over is expected to almost double to 1.2 million by 2035, along with a 130% increase in people aged 80 and over.

Research shows that the majority of elder abuse is caused by family members and is often emotional and financial rather than physical. Often it involves more than one type of abuse. In cases seen by Age Concern over the last three years:

In a statement released in early June, Hon. Maggie Barry, Minister for Seniors said that there are more than 2,000 reported cases of elder abuse and neglect each year, with many more incidences unreported.

“We need to get this shameful problem out of the shadows and confront the reality of how prevalent it is in our society,” says Barry.

The Ministry of Health (MoH) states that the abuser can be anyone dealing with an older person, including a:

It can be hard to know for sure if an older person is being abused or neglected but here are some indicators of possible elder abuse:

What can you do?
You can stop elder abuse and help by treating older people with respect, knowing how to recognise signs of elder abuse and neglect, and if you suspect abuse or neglect don’t ignore it – get help.

If you are concerned about any of the issues raised above, please contact your Pacific Homecare Coordinator.
For more information
Elder Abuse Awareness 2015
Older Peoples Support Programmes
Fia Ola

Holiday happiness for our elderly