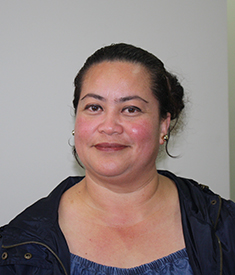 Knowing that there is a long waiting list for Whanau Ora, Anaseini had asked to be removed as a customer now that she is earning a bit more thanks to Pay Equity.

Anaseini Fua, a source of inspiration for those of us wanting to make a small change in our communities. Originally from Fahefa village in Tonga, she moved to New Zealand in 1992 to pursue tertiary studies. After a short stint here in NZ, Anaseini returned to Tonga only to discover that the lifestyle in New Zealand suited her better; so, she made a permanent move back to the Land of the Long White Clouds.

As the sole income earner working 33 hours a week as a Support Worker and single mum to two children, Anaseini, and the family live a somewhat economic lifestyle. Unfortunately, a couple of years ago they fell victim to the housing crisis in Auckland and had to leave their 3-bedroom, standalone property in Manurewa due to affordability and move into a small one bedroom flat in Papatoetoe. Anaseini understood that this move along with living a more frugal lifestyle would help them survive.

Whanau Ora played a significant role in the family. It was pivotal towards school costs and, on occasions, groceries. The money management workshop offered through Whanau Ora was valuable in teaching Anaseini about debt management and smarter decision making around money.

Things changed for Anaseini in July 2017 when Pay Equity settlement was enacted. The settlement was responsible for an increased pay range for home care and disability sector workers of between 15 and 50% depending on their qualifications and experience. As a certified level 3 Health & Wellbeing worker, Anaseini’s income changed significantly. The increase was so profound that it changed the lives of this family.

Knowing that there is a long waiting list for Whanau Ora, Anaseini had asked to be removed as a customer now that she is earning a bit more thanks to Pay Equity.

“Whanau Ora has been a big help! It was a real blessing for my family and I in our time of need.

Now that I have my pay rise, I can leave Whanau Ora so the next family who is struggling can take that funding”

The impact of the change was such that, not only are the family able to manage on their own but are also able to send money back home to family in Tonga as well as donate regularly to a charity which was something Anaseini had always felt passionate about. As is the Kiwis dream, the family are now saving together to buy a home they could call their own. To that end, Anaseini has increased her KiwiSaver contribution, while her older daughter has started working in the school holidays.

To make their dream a reality, the family plan on moving to Palmerston North where jobs are aplenty, and homes are affordable.

“God is good. My job as a Support Worker has opened me up to more job opportunities. There is plenty of vacancy in Palmerston North for this job type.

I like Pacific Homecare for the love and support and training. I have grown so much since I have come here. I am more understanding and open-minded because of my role as a Support Worker.

I appreciate Louise and what she has done for us Support Workers. She always has time for us”

Anaseini ended her interview with a special thank you to those that made Whanau Ora for Pasifika families possible.

“Special thank you to the Maori Party who started Whanau Ora for Pasifika. I have benefitted tremendously from it.”