When Ana Tauiliili came to New Zealand from Samoa as a 20-year-old in 1985, she never contemplated that it would be her new home. 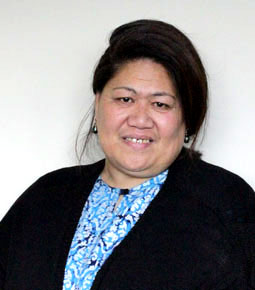 “I mainly came over to have a holiday and see my seven older brothers who had all shifted to New Zealand,” Ana recalls.

But it didn’t take long for her brothers to convince her to try and stay. While she was initially reluctant, Ana realised the move made sense.

“Mum (Likala Sa’u) was the only one in the family still living in Samoa. All of us children had grown up and there weren’t work opportunities like you have in New Zealand.”

She also had a husband-to-be who came to New Zealand. Through her brothers’ assistance, they applied for a work visa. Six months after her 21st birthday, she was granted permanent residency, married with their first of their six children born and had set up home in Otara.

In the early 1990s, with her children attending school, Ana began work packing strawberries in Mangere. She took English language and computer courses followed by one as a healthcare assistant as she sought to upskill herself. After completing a Level 4 Mental Health course at the Manukau Institute of Technology in Otara in 2008 Ana was ready to join the workforce.

But that was put on hold the following year when her mother came over.

“By that time Mum was a diabetic, she couldn’t walk and she needed treatment,” recalls Ana.

Her mother moved to New Zealand, was receiving respite care and staying in a rest home. But Ana wasn’t happy … until she found out about Pacific Homecare.

“Being for Pacific people, I knew they could find someone who could care for Mum and speak Samoan. The older Samoans especially love to be able to speak their own language with me,” she says.

Ana then realised she was more than capable of being a carer, not only for her mother but other Pacific people, too. So she joined the Pacific Homecare workforce.

“I have an 85-year-old woman who is also my client and she has dementia like my Mum. Working with the elderly can be a real challenge, but I know the job is about love, care and professionalism,” she says.

Ana regularly takes them for a drive to get some fresh air and encourages them to eat and to have a shower. She says it takes time and patience.

“Giving them a cuddle and having a real conversation usually helps. Often the family are surprised I’ve managed to get them to do things like that. It’s why I love what I do … I think God chose me to love and care for old people.

From a Challenging Family Member to Employee of the Month