Pacific Homecare Whanau Ora client Faafia Mann says Whanau Ora has helped her and her four children to get back into a home they can call their own. We share their story. 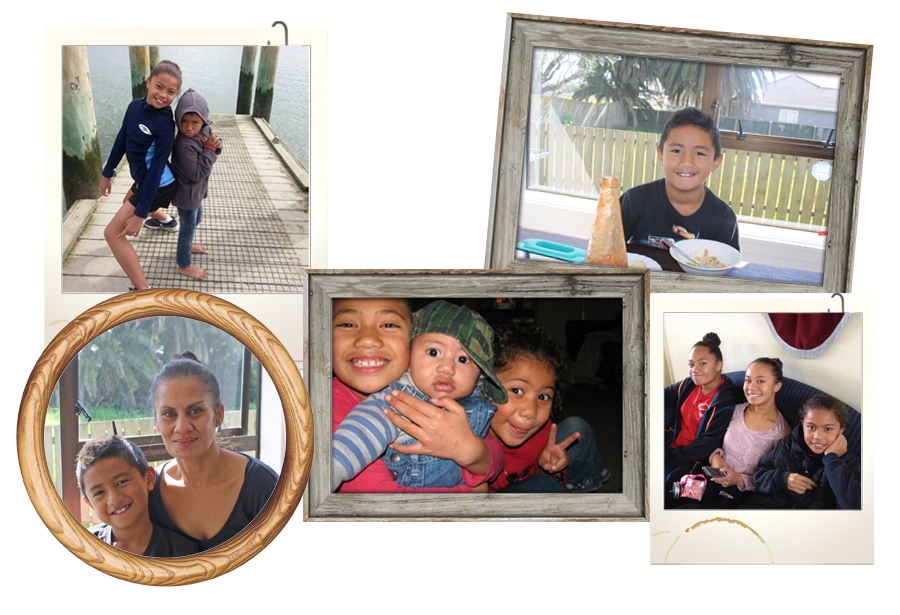 After living in a Woman’s Refuge Centre and moving four times, Faafia says getting back their family’s independence has more meaning.

She first heard about Pacific Homecare when dropping her uncle off at the Fia Ola centre.

“When he (uncle) heard I was looking for a house for me and my children, he suggested I contact Pacific Homecare.”

She was connected with Pacific Homecare Whanau Ora Navigator Lisa Takiika, who talked about goal setting and how Whanau Ora could help the family to re-gain their independence.

“I had no idea that you guys could help families such as mine in these situations…When I talked to Lisa, I was shocked!” she says.

“At Pacific Homecare there’s a lot of action behind the talk which speaks volumes of how genuine they are about helping families like me. They follow up when they say they will.”

She says financial assistance was what she needed to help her on the pathway to getting back on her feet again.

“Whanau Ora has been a big help getting my family and I back into a home we can call our own,” she says.

“In that first meeting the goals I set were to get a car, get a place for my children and I, and to access some advice on budgeting and how to make a little go a long way.”

Lisa says Faafia was serious about achieving her goals.

“Faafia worked really hard to achieve them in the six months she was with Whanau Ora,” she says.

“Whanau Ora is all about supporting and building the capabilities of families. It’s great to see families like the Mann family take advantage of such support to empower them to take control of their futures.”

Originally from Apia, Samoa’s capital, Faafia is the middle of five children and remembers spending time with her grandparents growing up.

“Quite often I would run away to my grandparents’ house up in the mountains of Papa Uta Savai’i.”

Her family relocated to New Zealand in 1982, first living in Henderson, west Auckland for a year before moving out to south Auckland.

“The separation from my grandparents was pretty tough for me. This among other things led me to a path that took me away from home,” she says.

“I made friends with a lovely Maori family who also became my family. Influenced by them, I joined a Maori hip hop dance crew called Whare Mana. We combined traditional Maori moves with Hip Hop.”

As a crew member, Faafia travelled around New Zealand for two years, and did the opening act for UB40 on their tour and gigs with local bands like Billy TK and The Herbs.

“I’m blessed to have been able to experience that, because at the age of 18 I was seriously injured when I fell off a trampoline,” she says.

“I couldn’t walk for months and had to do a lot of physio to walk again.”

Faafia says her children are the greatest gift.

“My happiest memory is having each of my children. They are the greatest gift.”

“I have been through many hardships in my life so I have to say one of my peaceful moments was encountering spiritual enlightenment. Meeting Jesus has given me the strength to endure any challenges that come my way.”

“I always make time for worship and my Woman’s group through church which makes me happy.”

Faafia is grateful to Whanau Ora in giving her the kick-start she needed to re-find independence.

“I am happy to say, I have achieved most of the goals I set in that first meeting. It all started with a little ‘starting cash’ thanks to Whanau Ora,” she says.

“I have my own car, we’ve got a beautiful home in Papatoetoe close to the children’s school, and I’m also looking for a boarder to help with the expenses.”

Find out more
To find out more about the Pacific Homecare Whanau Ora service, click here.